H-11: A Homeless Entrepreneur, a War Crimes Lawyer, and an Artist-Turned-Director of Ops Walk Into a Bar… 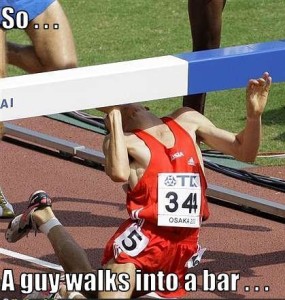 …ends with a Paulo Coelho-ian twist.

In Coelho’s best-selling book, The Alchemist, an old king tells the main character, “when you want something, all the universe conspires in helping you to achieve it.”

On August 5th, I “came out of the closet” about going homeless and shared my plan with my Facebook network. It was a hard decision. Some friends and confidants had cautioned strongly against it.

But it was the right thing to do.

Sure, I received some strong criticism for my apparent insensitivity to those who are truly homeless with no other options. Yes, I’ve been told I’m naive, ignorant, and downright stupid. But I’ve also met some amazing people and heard uplifting words of encouragement and understanding.

Which brings me back to the title of this post…

This week I received a text from a friend:

“You want to come see my band play an open mic? Want to introduce you to my buddy who went homeless for 4 months.”

Uhhh YES. Besides the fact that my friend plays a mean cello (and always has interesting updates on his Cancer Dudes company), I’m trying to live without an apartment for exactly 4 months. #MATCH

What ensued was awesome:

*And guess what? He’s homeless right now (again.) When we met he had his suitcase with him and was taking a red-eye to Milan to explore for a bit before heading off to Asia for business.

But what’s the point?

If you’re an entrepreneur, you’re probably familiar with lean methodology and the concept of “validated learning.” In a SUPER dumbed down nutshell it’s about trying things out, measuring the results, learning from them, repeat. It’s also about knowing and understanding your customers (or audience.)

When I shared my plan to go homeless on Facebook, I got immediate feedback from my peer group (or audience.)

And on top of that, because people knew my intentions and understood my wants and needs, they were better able to provide value tailored to them. #doublewin

I’m not saying that you should share everything and be 100% transparent with everyone. But you just might consider it

← H-17: What Is This 22oz Gift?
My First Night Homeless Was a Whirlwind… or Rather, a Tornado (Literally) →